A community in lockdown doesn't mean it gets knocked down

What does it mean to be part of a community during a pandemic? 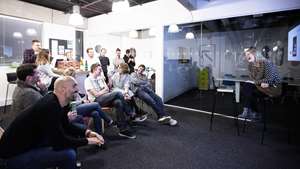 What does it mean to be part of a community during a pandemic? I know that since we found ourselves pulled into this new world of never ending video calls and social distancing, I have sometimes needed reminding.

After an amazing summer in 2019 where we had won a number of awards for our work, and I had been awarded an MVP award from Umbraco I suddenly found myself seriously burnt out.

I had to slow down on everything, and I mean everything, and focus on getting myself better. That meant organising fewer events, doing less around the Umbraco Accessibility team, less contributing, essentially many of the things that I thought meant I was part of the Umbraco community.

It felt odd, and sometimes I felt disconnected, but that’s what I needed. After some therapy sessions and a healthy dose of time, by the beginning of 2020 I was feeling myself again. Then a little thing called COVID-19 emerged into existence...

I’ll be honest, the beginning of this year hurt. Alot.

Along with the new experiences of lockdown we all suddenly faced, I had to cancel a wedding that had been three years in the making and a few weeks after that I lost a family member to suicide. There isn’t much that can prepare you for something like that, but It was in those moments that I really appreciated what it meant to be part of a community like Umbraco.

It isn’t the big festivals and conferences, the monthly meetups, the forum posts or the numerous threads on twitter that make the Umbraco community so special. It’s all the parts in between.

It’s those moments when I have confided in people, who have helped by simply listening. It’s the discussions and amicable disagreements that can finish with a smile from all involved. It’s people that remind you that you don’t have to always be involved in a community to be part of it, and that knowledge has genuinely made this year much easier than it had any right to be.

Alongside the closer interactions I have had with my Umbraco friends since the lockdown began, I’ve seen some really inspiring things come out of the Umbraco community, and as they have helped me, I thought it would only be fair to pass them on to you.

As with many conferences this year, the annual Umbraco Conference / Festival CodeGarden had to be cancelled. Thankfully for us though, four experienced female developers decided to not only start a new podcast called Candid Contributions, talking about their experiences with open source development, but to also create a virtual hackathon / conference called CodePatch to help fill the void left by the lack of CodeGarden.

Their conversations about the many different experiences we all face as developers and people in general have been a delight to listen to.

If you’re not already familiar with Candid Contributions, check it out at https://candidcontributions.com/

Obviously in-person meetups at the moment aren’t really viable, so it's been fantastic to see so many of the local communities move into the online sphere. There have been virtual meetups all over the world now and as with the Umbraco Virtual meetup I started a few years ago, people are no longer constrained by location. For example the London Umbraco meetup recently has attendees from all over Europe and the States, and to me that’s only a good thing.

In July, Umbrao held their first MVP Connect. It’s a new initiative to help HQ connect with the MVPs, share news and initiate discussions. It was great to be able to interact with many of the people I hadn’t seen in a long time! You can read more about it at https://umbraco.com/blog/mvp-connect/

If you follow the Umbraco community on twitter, occasionally you’ll find your thread inundated with people showing off their various Umbraco merch, mostly in the form of a T-shirt. These spontaneous community led events are always a delight to see and a great reminder of how many people are passionate about the Umbraco community.

Some of you may also be aware that I do a number of community related activities too so here’s a quick update on those too.

Seeing all meetups are currently having to be virtual, the Umbraco Virtual Meetup I organise is currently on hold as it doesn’t feel necessary at the moment. Fear not though, once in person meetups start coming back, so will Umbraco Virtual.

We may be a little quieter than we were, but we’re definitely not gone. We’ve made a huge amount of progress in the year or so we’ve been active, and Umbraco v8.7 and v8.8 will see some a plethora of accessibility fixes introduced. We’re also hoping to get some more information about the team on the get involved section of Our Umbraco - https://our.umbraco.com/get-involved/the-accessibility-team/

For an update on the accessibility you can watch the community team update that we did for CodePatch here - https://www.youtube.com/watch?v=YVZ9dvaqEGo

For more information about the accessibility fixes and feature coming in Umbraco v8.7 head to https://our.umbraco.com/download/releases/870

There are many other community initiatives happening in the Umbraco community that I’ve not mentioned here too, such as the weekly YouTube show umbraCoffee and the online monthly magazine Skrift.

Yes this year has been tough! And yes we’re not out of the woods yet, but things are looking up. For me personally, I'm finding myself starting to contribute a bit more again, a PR I had been working on for pretty much 2 years finally got merged in (coming v8.8). I’m also so proud of what the accessibility team has accomplished too and I'm constantly inspired by all the things my fellow Umbracians are currently doing.

On top of that, my wedding is back on track, and although we have to wait another year, it is what it is and we’re thankful for what we have.

As for the Umbraco community, I think it’s as strong as it’s ever been, if not stronger. Remember, a community isn’t just about what you see on the surface, it’s all those important moments that happen in between. With that in mind, if you’d ever like to get in touch to chat, whether it be about Umbraco or life in general, feel free to contact me (Mike) on twitter at https://twitter.com/MikeMasey or on email at mike.masey@yoyodesign.com. If you'd like to chat to anyone else in the Yoyo team, you can find our contact details here.

Collaboration in the creative process 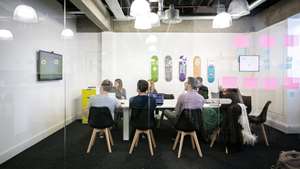