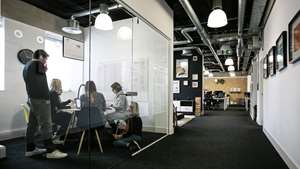 Steve Jobs said it was the quality that distinguishes a leader from a follower. Bill Gates holds it up as the real driver of progress in the world. Jeff Bezos says there’s no bad time to do it. Little wonder, then, that innovation has become such a central force in modern business. In propelling tech companies to titanic proportions, it has quickly become a top priority for companies across every sector. After all, it’s a case of “innovate or die”, isn’t it?

There’s a question mark over whether this picture matches up to reality. Do we really know what’s going on behind all the innovation swagger? And, in practical terms, what does “being innovative” actually look like?

Settling on a definition

One of the main problems in answering these questions is the difficulty in pinning down a precise definition of innovation. Almost everyone would agree on a general notion of “newness”, but scratch beneath the surface and you’ll find it means different things to different people – despite the fact they are all laying claim to innovation success.

For some, it’s fundamentally about ideas; for others, it’s more about the process of making those ideas real. Some see it as the domain of the game-changer, synonymous with revolutionary, disruptive invention. Others associate it with evolutionary change, continual improvement and marginal gain. But can they all reflect the same concept?

An answer can be found if you view these various versions of “newness” through the filter of value. Seen from this angle, the form or shape of innovation becomes less important than the value (or perceived value) that it generates, either to your business or customers. In this sense, innovation doesn’t necessarily need to be bold or shiny – new ways of working and thinking can be just as innovative as new technology, products or tools if they represent a new direction that delivers real impact.

One such example is Red Bull. The company was founded in 1984 by Dietrich Mateschitz, who discovered a local drink with energy-giving properties while travelling on business in Thailand. Working together with the drink’s original creator, Chaleo Yoovidhya, he reformulated it to suit European tastes, adding carbonation and reducing the sweetness.

The real innovation, however, was in how Mateschitz and Yoovidhya positioned Red Bull. Rather than submitting to industry norms and competing in a market dominated by Coca-Cola, the company’s founders put it in smaller, thinner cans, gave it a premium price tag, and invented an entirely new category: energy drinks.

From the off, they also took a different approach with marketing, stirring up ground-level buzz among students while also developing a close affinity with high-octane sports. Today, an estimated 6.8 billion cans of Red Bull are sold every year and the company has expanded to become a global media and sports empire with brand equity of, according to Forbes, $9.9bn. Clear evidence that innovation pays.

But it all must start somewhere. And that can certainly be harder within established organisations who aren’t necessarily able to exploit the agility and freedom that challenger brands and start-ups often enjoy.

When considering innovation across digital platforms, matters can be further complicated by the far-reaching implications of ongoing digital transformation programmes. There are, however, five golden rules for innovation that can enhance the chance of long-term success: 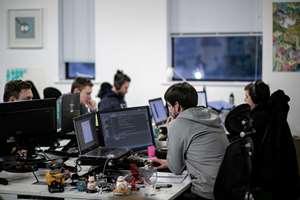 Innovation needs focus if it is to uncover real value for customers or other stakeholders. That means it needs to be anchored by the vision of the wider business, with consideration given to desired outcomes as well as the target audience and how they will benefit. This provides the essential context for being able to measure success and learn from your efforts.

Fear, cynicism and established ways of working should all be left at the door if innovation has a chance to flourish. It’s about creating an environment that champions innovative attitudes and encourages innovative behaviours. Start by defining the challenge and then set people free to think, act, fail, learn and, ultimately, succeed.

3. Break out of silos

To paraphrase Gijs van Wulfen (who knows a thing or two about this subject), you can invent alone but you can only innovate together. At its best, this means collaboration across multiple teams and, potentially, departments to ensure a diverse mix of ideas, expertise and experience are brought to the table. Specific challenges can be tackled by autonomous, strategically aligned cross-departmental teams made up of various subject experts who are able to grow as one.

4. Focus on yourselves and your users

Innovation can fit with the vision of the business, and it can also fit with the needs of your users – but finding a way to marry both of these is where true innovation takes place. In digital, the result can be an experience that delivers efficiency, excitement and engagement for users but also aligns with the goals and objectives of the business.

Innovation is about taking a step into the unknown. Success, therefore, relies on belief in the destination and the perseverance to get there. Leadership can set the course but it’s crucial to inspire and empower others in the business to follow. There are some who might find the journey uncomfortable, so gain their buy-in by openly demonstrating the value of what you’re doing.

Together, these five rules provide a solid framework for the process of digital innovation but arguably more important is the mindset required. Innovation must never be considered a box to be ticked or a tap that can be turned on as required – there must be a fundamental appreciation of its importance within the business.

Markets, competitors and customer expectations, far from standing still, are continually changing at pace, and the Theory of Evolution tells us that it’s not the strongest or most intelligent that will survive, it’s those who are most capable of adapting.

Steve Jobs put it more directly in his statement that “innovation is the only way to win”. So, if you’re not innovating already, then maybe now is the time to “Think Different”.

Yoyo around the weald 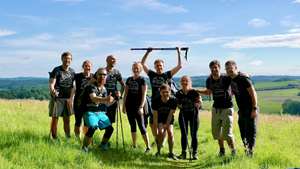