Is User Experience Design a Science or an Art?

This is a polarising topic, wherein designers across the world can be found fuming at the suggestion that their bread and butter could fall into whichever area they don’t associate themselves with. 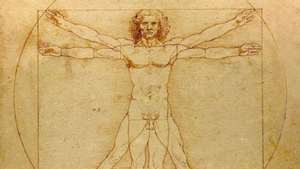 I’ve had excellent managers and mentors in both camps, who have championed each in ways that have challenged my perceptions and taught me to check my preconceived professional identity at the door. Whichever side of the fence you sit on, it can be transformative to know where this debate began, and which side of the fence you design on.

What does history say?

Art and science both involve observing the world around us, and exploring details about it through experiments, to find ways to express and share our findings. What modern arty-types and science-boffs forget is that their disciplines come from the same cultural stock.

Art and science used to be indistinguishable, many of the best documented examples of this are found in islamic culture, where geometry, astronomy and investigations into light itself led to some of the world’s most breathtaking discoveries in material science, creation of design utensils and stunning design artefacts. 1 Likely more familiar to those of us in the West, is Leonardo Da Vinci (not DiCaprio, as great as both men are), who was known to have been a painter, sculptor, scientist, botanist and engineer. 2 One of the displays in ‘‘Nur: Light in Art and Science from the Islamic World’’ in Seville, Spain.

If you’re left handed you may have been told at school that you are creative. A lovely idea, but actually an ancient myth based on the idea that right-handed people (the majority) were normal and that left handed people were lesser, and even associated with black magic and sexual deviance. 3 This idea, amongst many other problematic theories, bled into the way scientists and doctors interpreted the meaning of early neuroscience findings, when they realised that people with damage to certain brain areas would lose specific functions.

This brought about the idea that the brain could be chopped up into specific blobs, which exclusively handled different functions like mathematics, walking or morality. This idea coupled well with phrenology, which we now know is pretty much useless - you may recognise it from ornaments found in quirky coffee shops. 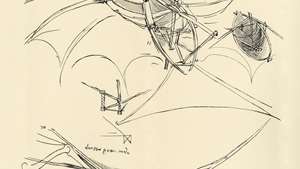 As being left-handed, creative and less morally sound were all (wrongfully) associated, doctors and early psychologists popularised the idea that being logical, morally-sound and less creative were all also associated. 4 This, bolstered by other factors such as religion, politics, resulted in a deeper, more wide-spread cultural demonisation of new and expressive art. So scientists who wanted to be taken seriously would stay far away from anything that looked creative and arty, and the beginnings of artist-led counter culture as we know it, took off.

These biases, driven by discrimination and pseudoscience drove a wedge between creativity and ingenuity that would go on to be felt until today. We now understand that in fact, there is no evidence that either side of the brain is used more or less, and it would actually be incredibly inefficient to use only one. 5

Where does that leave UX?

While we can trace the origins of the study of how humans experience things, back as far as practices like Feng Shui in ancient China 6. UX, or HCI (human-computer interaction) as it was known in its youth- is the love child of two very young fields, cognitive psychology and computing. It was, after all, Don Norman who coined the term “user experience” while he was working as a psychologist and usability consultant for Apple in 1993.7

And so, just like its parents- UX uses the scientific method for testing, a lot of mathematics for quantitative analysis and the occasional bit of programming, and boat loads of logic. However, it also deals almost exclusively in feelings, attention and striving to evoke or avoid intangible emotional experiences that only sometimes lead to action. Colour, movement, written word, shape and sound are critical tools of the trade.

What you’ve got here is something familiar, found in our aforementioned friend Leonardo. It’s design, a combination of you guess it - art and science. Too much of one, and not enough of the other and you end up with something that doesn’t quite work. Stunning visuals that can’t be made sense of, make for frustration and disengagement. Stripped bare functionality with no visual flare or thought makes for boredom, and at worst even more confusion. 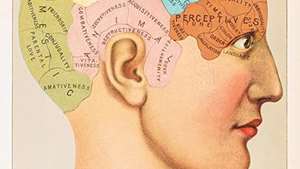 This is because human beings aren’t built to choose between the two, and nor were our brains. It helps to understand why the debate ruffles so many feathers, and how deeply entrenched the fictional divide between creativity and logic is. If combining the two makes UX professionals a jack of all trades and a master of none, then I’m quite happy in the Jack camp, with Leonardo and Don.

You get what you give: Reciprocity and designing with exchange in mind